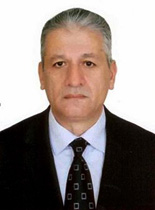 National Coordinator on Biodiversity and PGRFA

1987 – Had got PhD degree at the Academy of Sciences of Moldova, Institute of Physiology and Biochemistry

2010 - Had got Dr.Sc. degree at the Azerbaijan Research Institute of Crop Husbandry (RICH)

From 2002, up to date – Director of the Genetic Resources Institute

2003-2011 – Meetings and workshops of the ECPGR in different countries

2002-2010 – Meetings and workshops of the UPOV in different countries

One of authors of:

1996 – I National Report on PGRFA of Azerbaijan

1996 – National Program of Azerbaijan on PGR

2004 – I National Report on State of Biodiversity of Azerbaijan (CBD)

2004-2011 – Development of the National Genbank of PGR and collection of national seed gene-pool there.

2004-2006 – Establishment of the Scientific Stations in Sheki and Lerik districts of Azerbaijan, Protected area “Zuvand” in Lerik district

He organized and managed a lot of international plant explorations took placed in Azerbaijan:

2004, with scientists from Australia and Syria,

2009, with scientists from Slovakia,

TRAINING of SPECIALISTS and PhD STUDENTS

Supervisor of studies of 2 Dr.Sc. and 8 PhD students.

He is organizer of more than 30 and main instructor of the 12 national training courses on PGR in AR.

He organized trainings of more than 20 young Azeri scientists in international centers in abroad.

OTHER POSITIONS AND ACTIVITIES

MAIN RESULTS OF HIS RESEARCHES

Research activities of Dr. Akparov are devoted to study, collection, conservation (in situ and ex situ), restoration and sustainable use of PGR, development of scientific bases of their usage in breeding.