The Genetic Resources Institute of the Azerbaijan National Academy of Sciences was established in early 2003 by the decision of the Cabinet of Ministers of Azerbaijan Republic on the basis of the Institute of Genetics and Selection in order to ensure of creation and management suitable country network for the collection, protection and effective use of consistent and purposeful research of genetic resources of biodiversity. The main scientific directions of institute is consist of evaluation according to the international descriptors, inventory, certification, collection, introduction, restoration, reproduction of the cultivated plants and their wild ancestors and valuable, rare, threatened and endangered genus, species, native varieties and forms, the local breeds of agricultural animals, works to protect and research  of scientific issues related to protection under ex situ and in situ and were founding scientific research to identify sustainable, highly productive quality samples and involving them to the selection work and coordinate of the country's institutions in relevant fields. More than 11 international and 30 local expeditions, as well as domestic and international scientific exchange about 10 thousand accessions of endemic, relict forms and to 395 genera, 1,110 species of rare and valuable varieties of folk selection cereals, grain legumes, fruit, vegetables and melons, fodder, medicinal plants and alternative which is collecting by having a very great scientific and practical value have been organized reliable security in the National Genebank of the Institute. These samples were evaluated according to morphological, physiological, biochemical, immunological, technological, cytogenetic and economically valuable indicators and is selecting with the purpose to make effective use of high quality to biotic and abiotic stresses resistant donor forms. 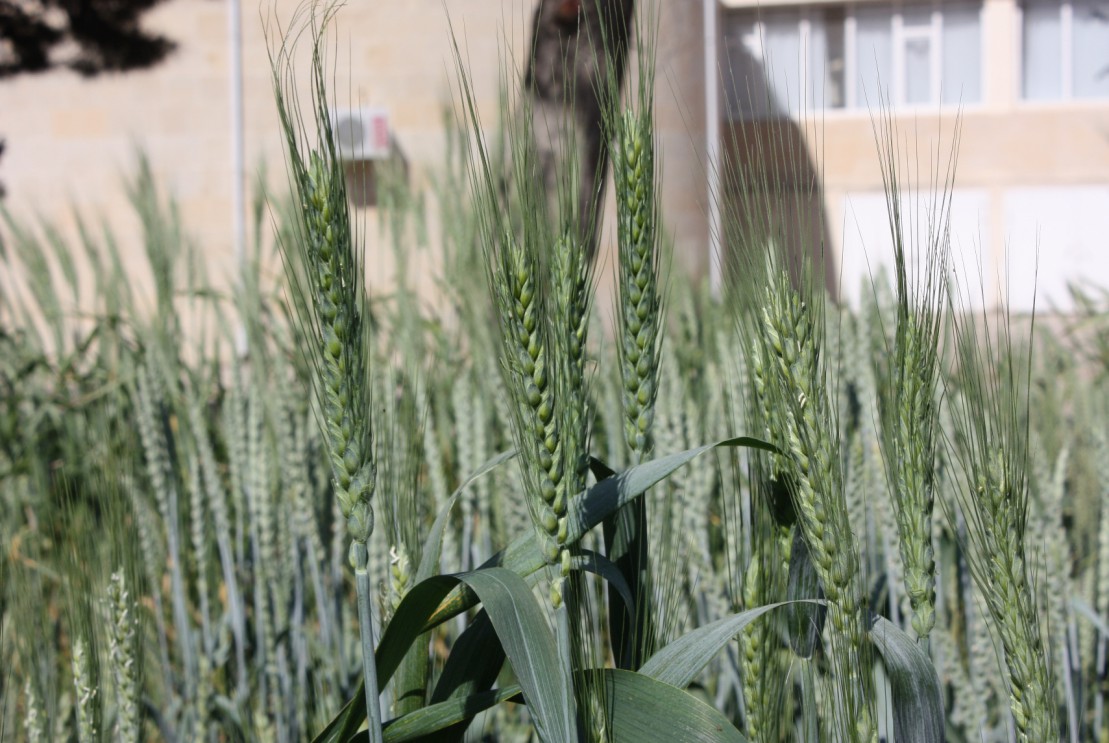 The National Genebank  was established for the first time in the South Caucasus and Central Asia (CAC) region, having a medium  (20-30 years) and long-term (50-100 years) storage opportunity in the Institute. In the garden of genetic fund of the Institute, collected with no analogues in the world, 360 samples of varieties and forms reflecting the evolutionary dynamics of ploidy series ranging from 28 to 308 of mulberry since the middle of last century. Unfortunately, consist of more than 100,000 samples the national gene pool, collected over 40 years by 1700 hectares of planted area in greenhouses and warehouses of Karabakh Research Base of the institute completely had been burned and destroyed forever by the Armenian invaders. More than 6,500 samples of local plant genetic diversity complexly evaluated, also more than 550 donor forms were found are effectively used in breeding programs for food security which is  having economic valuable genes and resistant to stress factors. On their basis new varieties and forms have been created in the scientific research institutes of the republic and also IGR. Two varieties of cotton have been present to the State Commission for Testing and Protection of Selection Achievements AR which are superior with the complex characterization from the standard variety. More than 200 samples have been certified according to genetic formulas. The scientific bases of hereditary prediction and functional diagnostic of potential in life and life expectancy of plant samples which was stored in Gene bank have been developed. As a result of the complex hybridization between genes mechanism of the creation of a new type of low-growing and branching form of wheat has been found and found that this trait is controlled by a recessive gene. The reason for the lack of a proper level the degree of conjugation of chromosomes during the meiosis process in hybrids between types of wheat, have been explain due to the autonomy of the evolution of the genome, as well as genes and gene components of each type of system regulating the process of meiosis. The block of new allele components of gliadin-coded locis identified in some samples of wheat and wheat hybrids. For the first time have been identified allele components of  hordein-encoded loci’s which is controlling the synthesis of storage proteins hordeins in the grains of wild, two, and six-row barley crop species which was collected from different regions of the country. A few highly 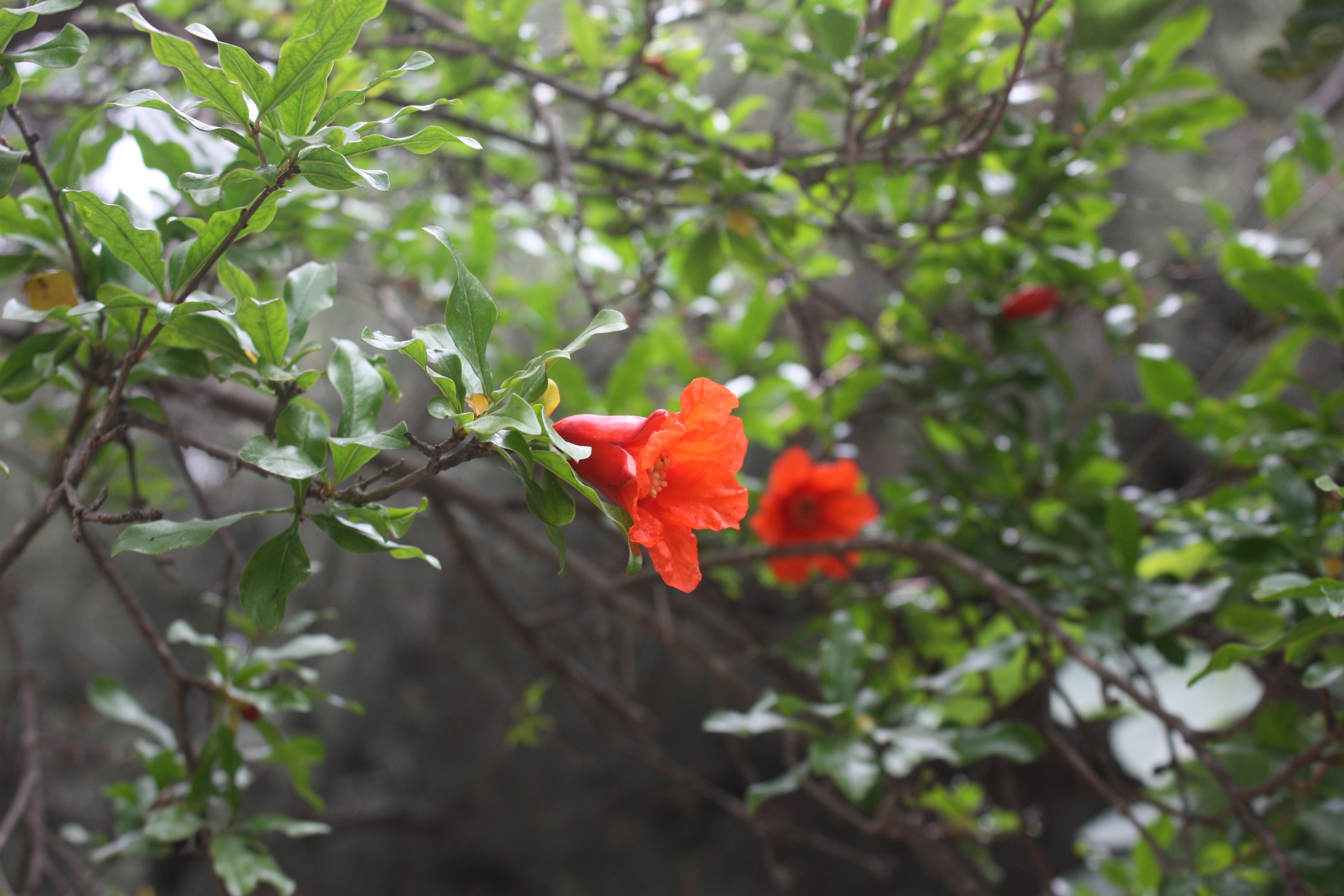 Participation in the international multilateral and bilateral research programs:

The Institute continues its participation as a partner in the research programs of FAO, ECPGR, International Biodiversity, ICARDA, Trust Fund and other international organizations and networks. Wheat and barley collection of Institute selected as a world significant collection by FAO and Trust Fund. The agreement was signed for the restoration and solid protection of these collections. Wheat and barley samples were studied after recovery in 2008-2009 have been sent to the Global Gene bank created in the eternal glacier in the Spitsbergen Island of Norway (Svalbard Global Seed Vault) in order to secure solid protection as well as the same samples of barley have been sent to the ICARDA (Aleppo, Syria) and the samples of wheat to CIMMYT (Mexico City, Mexico). In 2009 the relevant agreement was signed with Trust Fund recovery, the samples were stored in the gene banks of legumes and corn, and on the basis of small grants (13,000 manats for 2 years) still continue to work on their recovery. The agreement was signed with the participation of Azerbaijan on the phase VIII of ECPGR. Scientists and experts who represent Azerbaijan continue their activities in the Working Groups operating within the ECPGR. International research work on the study of viral diseases of legumes in Azerbaijan continues in the presence of scientists of ICARDA and IGR. For the studying of viral diseases of fruit crops and training in relevant field, are also attracted foreign experts (from INRA- (Centre for Research on Agriculture in French) - renowned research institution in France) Dr. Veronique Ducrook - the leading specialist of the Department of Virology and Dr. Ahmad Hayirpur - French scholar of Azerbaijani origin).International research work on "search for resistant genotypes and viral diseases of fruit crops in Azerbaijan" has been continued with INRA. The Institute participated in the international scientific research in conjunction with the Washington Arboretum and the University of California of USA, Central Botanical Garden of ANAS, Bioresources Institute of Nakhchivan and Azerbaijan Agricultural Academy on the studying of "the present situation of fruit and greenery-decorative plants in Azerbaijan". The scientists of Russia (VIR) and Japan (University of Okojama) within the collaborators of institute participated together in the international research for studying on the wild ancestors of wheat plants in Azerbaijan. An agreement which provides a comprehensive scientific cooperation about genetic resources was signed with All-Russia Research Institute of Vegetable Growing. It continued activities under cooperation agreements signed with the N.I. Vavilov Research Institute of Plant Industry, the All-Russia Research Institute of Vegetable Growing, Russian Institute of Pulses, Plant Genetic Resources Centre of Ukraine, the Aegean Institute of Agricultural Research of Turkey, the Institute of Plant-growing of Uzbekistan, Cytogenetic Institute of the Academy of Sciences of Belarus and other organizations, as well as the work has been continued on the Memorandum of Understanding signed with the International Biodiversity (IPGRI). Together Research has been conducted with the scientists from Australia and Syria on the studying endurance of saltiness and drought on the wheat samples.